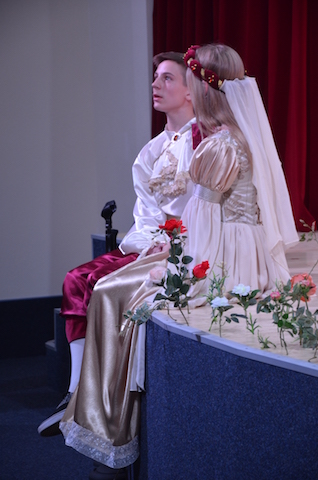 Russian-Ukrainian Humanitarian gymnasium as real venerators of one of England’s greatest poets and dramatists honoured the 400th anniversary of the Bard’s death. What better way to celebrate this day than to speak like Shakespeare. Students of 8 grade performed in the quintessential love story of all times, Romeo and Juliet for their parents and guests on the eve of the 400th year since the playwright's death. The pupils did us proud with their well rehearsed and confident performances, and everybody was delighted to take part in such an exciting event.